“I think the time has come to be candid. The people want the President to get out in front and give us leadership. The American people do not like what has happened. We should say that Vietnam is bad and has been for twelve years. Americans have been divided. Now let us look ahead and not get into acrimonious debates over the past…You can say that you are the man who will take them forward. We should not promise anything that we cannot do. In my judgment, there is very little that we can do. All options are bad. It takes a strong leader to be able to cut your losses. But more important things lie ahead.”

In March of 1975, President Ford’s policy advisors worked to develop a plan on how to respond to the deteriorating situation in South Vietnam. General Fred Weyand, the last U.S. commander of military operations in Vietnam, reported on his fact finding mission to South Vietnam in the spring of 1975; Kissinger’s aides prepared a memo for a meeting of the Washington Special Actions Group devoted to Vietnam, and debated the merits of a proposal to redeploy American advisors to Southeast Asia. As of March 28, 1975, the NSC discussed how and when to evacuate Vietnam. The Director of Central Intelligence, William Colby, assessed that the South Vietnamese government would continue to control Saigon and the surrounding area, but would likely lose control by 1976. The South Vietnamese likely had less than a 4 months supply of ammunition). There were, at the time, an estimated 1 million Vietnamese refugees, most of which were fleeing to the South Vietnamese government, according to Kissinger’s briefing book on March 27 which contained the Congressional strategy for requests on Vietnam aid.

During the March 28th NSC meeting, Kissinger asserted that President Ford needed to decide on a plan to evacuate Americans and some Vietnamese allies within a week. Vice President Rockefeller feared that because the mob would be so unruly during the evacuation, that marines would have to shoot refugees. Additionally, Clements stated that they weren’t able to predict whether or not the Khmer Rouge would attack the planes, helicopters, or ships used for an evacuation. See also the planning for the Vietnam evacuation in the briefing book for the April 2, 1975 WSAG meeting.

During an April 9, 1975 NSC meeting, General Weyand assessed that the South Vietnamese were on the brink of total military defeat. Weyand believed the South Vietnamese still had the will to continue fighting, but he was unsure if the United States had the will to continue material support. Kissinger argued that if the U.S. did nothing to aid South Vietnam, the U.S. would cause an immediate collapse in Saigon; consequently, the United States would lose prestige and the trust of its allies. Kissinger went on to present categories of people the U.S. could evacuate if it failed to secure funding for the South Vietnamese, with the categories encompassing around 1.7 million people. The South Vietnamese Ambassador, Graham Martin, refused to begin evacuations for fear of instigating a panic. Ford settled on developing an evacuation for the 6,000 Americans in Vietnam along with roughly 200,000 Vietnamese, and estimated that it would take about a week to execute. He also tasked the NSC to develop a plan for how to respond in case North Vietnam tried to halt the evacuation. See also the WSAG decisions on the Vietnam Evacuation from the April 2, 1975 meeting.

Ford sent a message to Soviet General Secretary Brezhnev on April 19th requesting that he use his weight to obtain a temporary ceasefire from the North Vietnamese until the U.S. could evacuate its citizens and some South Vietnamese. If the Soviets managed to obtain the agreement, Ford offered substantial progress towards the Paris Agreement in exchange. As a result, according to a report delivered to Kissinger, the North Vietnamese agreed not to put up any roadblocks to an American evacuation.

During an April 23, 1975 Washington Special Action Group (WSAG) meeting, the WSAG planned to reduce the number of Americans in Saigon further, evacuate Vietnamese aircraft and ships, rescue Vietnamese at sea, and withdraw ships from Saigon. State and Defense officials wanted the number of Americans left in Vietnam to be reduced immediately from 2,000 to 1,000 people. Additionally, the policy planners became aware that the United States would only be able to rescue a relatively small number of endangered Vietnamese. See also the April 21st WSAG meeting and the April 22nd WSAG meetings on the evacuation.

During an April 24, 1975 NSC meeting, Ford ordered 610 additional Americans to be evacuated by the evening of the 25th. U.S. forces had prioritized evacuating personnel categorized as “high risk”, both Americans and Vietnamese. The NSC also tasked planning for hostage scenarios. Finally, the WSAG also planned for the resettlement of the Vietnamese refugees in the U.S. and in third countries.

As of April 29th (April 28th in Washington), the Viet Cong rejected a ceasefire offer, and demanded the dismantlement of the South Vietnamese armed forces. They fired rockets towards the Tan Son Nhut airport, killing two marines and shooting down three Vietnamese aircraft. The NSC was concerned about whether or not Ford had the authority to approve the military operations required to evacuate 400 Defense Attaché Office personnel and contractors waiting at the airport in Saigon. Ford believed that if the U.S. chose to provide air cover, then the United States would be forced into evacuating Saigon and not just the airport. Kissinger then argued U.S. forces should only return fire against the Viet Cong during the evacuation of Americans, and not when evacuating Vietnamese allies. Ford decided the 29th was final day of evacuations for the Vietnamese, and that the U.S. Embassy should be evacuated. See also the April 28th WSAG meeting.

The evacuations continued through the night, with Marine helicopters evacuating groups of 20 and 50 Americans at a time. The next day, Saigon fell to the communists with minimal resistance. 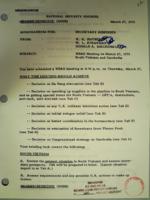 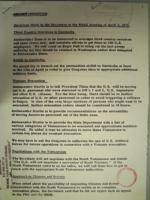 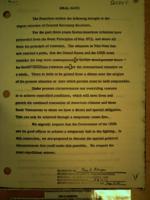 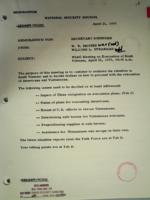 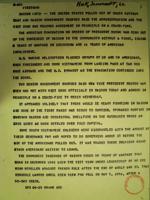