The Mayaguez incident was a tense episode at the end of the Vietnam War in which the Cambodian navy seized the SS Mayaguez, an American merchant ship, and the U.S. responded with a military operation to rescue the crew and recover the ship.

The incident was preceded by a deteriorating situation in Cambodia. On March 28, 1975, the National Security Council (NSC) discussed the upcoming evacuation of the Cambodian Prime Minister to Indonesia on April 1st and the impending downfall of the U.S.-backed Cambodian government. The NSC determined that once the communist Khmer Rouge took power, Cambodia would be unsafe, and they would need to evacuate Americans. By April 9th, the U.S. intercepted intelligence that the Khmer Rouge planned to attack Phnom Penh, the capitol of Cambodia. The NSC once again discussed an evacuation. The evacuation of Americans took place three days later, and the communist Khmer Rouge seized Phnom Penh less than a week later.

On May 12, 1975, the Cambodians took the crew of the SS Mayaguez hostage. After a briefing on the incident, Deputy Defense Secretary Bill Clements and the NSC immediately began deliberating how the United States should respond. In a Department of Defense options paper, options included seizing the Mayaguez at the earliest possible date, seizing the island of Koh Tang where the crew was being held, or coordinating an attack to seize both the ship and the island. President Ford approved the third option, as it was the option deemed most likely to lead to the safe return of the crew and the ship, with only a small chance that the Khmer Rouge would have time to retaliate by executing the crew.

On May 13th, U.S. reconnaissance missions received fire from a Cambodian gunboat. The U.S. spent much of the day attempting to prevent Cambodian boats at Koh Tang from going to the mainland, as the NSC planners feared the Cambodians might transfer the crew to the mainland. However, despite the gunfire, during the first of two NSC meetings on May 13th, U.S. policymakers concluded that the Cambodians would likely have only limited means of responding. Analysts estimated that there were only 60 Cambodian troops on Koh Tang, and U.S. policymakers expected to send in 1,000 American troops for the rescue mission. During the meetings, the NSC was working under the assumption that the Cambodians had already killed some of the hostages.

During the May 14th meeting, the NSC reviewed the evolving situation, which now involved 24 armed Khmer Rouge ships and upwards of 200 troops around Koh Tang. According to the May 14th morning briefing for DoD, U.S. Naval vessels sunk 3 of the 5 Cambodian gunboats and damaged 4 additional boats. However, 1 boat reached the mainland. Ford was angry that the navy failed to prevent the boat from moving the crew to the mainland. He then gave a definitive order to conduct the rescue operation.

In the meantime, the U.S also pursued a diplomatic solution, giving the Cambodians the chance to resolve the crisis peacefully. On May 14th, the State Department developed an ultimatum to release the Mayaguez and the crew, which was transmitted to the Cambodian government via U.S. embassies. Kissinger told the diplomats to transmit the ultimatum that if the crew was not released by the 14th at 10pm, the U.S. would take action against Cambodian “piracy.”

Additionally, Kissinger reproached the Soviets for claiming that the Mayaguez was a spy ship when he believed it was highly unlikely the Soviets actually believed the ship was dedicated to espionage. Finally, the State Department sent letters to the United Nations Secretary General and the president of the United Nations Security Council to inform them of the crisis and explain that the U.S. viewed the seizure as an act of force by Cambodia to which the U.S. had the right to respond under Article 51 of the UN Charter.

The military operation took place the morning of May 15th, which was late in the evening of May 14th in DC. Marines landed on Koh Tang, the island were the Mayaguez was being held, at the same time that U.S. aircraft were conducting strikes against military installations at Kampong Song, the coastal village from where the Khmer Rouge was directing operations. Explosive experts boarded the Mayaguez, alongside additional troops, only to discover that the ship had recently been abandoned. Soon, a ship was spotted sailing towards Koh Tang with a white flag; the USS Wilson took aboard the passengers and discovered they were the entire crew of the Mayaguez. The U.S. commanders subsequently ceased operations. By the time the last U.S. forces left the area, the crew of the Mayaguez were back on their ship and leaving the area.

During the final NSC meeting on the incident, policymakers discussed the world reaction to America’s use of force. Among the notable responses was from Thailand. Thai leaders decided to expel a member of the U.S. mission and recall the Thai ambassador in Washington for consultations. However, Thai military leaders privately supported the operation. Other responses were predictable, such as the Chinese accusations that the rescue operation was an act of piracy.

After the rescue mission was completed, on May 18th, Ford ordered a review of the NSC response to the incident in order to better understand the strengths and failings of the NSC. Ford issued a series of directives over the course of the NSC meetings on the Mayaguez rescue. However, during at least one NSC meeting, on May 13th, Ford expressed anger that one of his directives for the military response was not executed. The reports on the NSC response to the Mayaguez incident were completed in October of 1975, and showed that while overall the NSC response was successful, the interagency system sometimes failed to translate directives into action. The review also noted failings in intelligence. 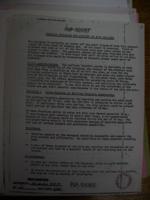 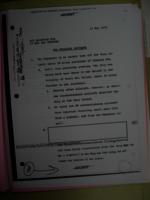 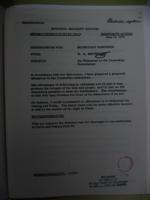 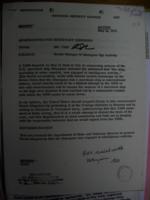 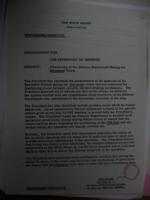